We’re living in a time of uncertainty

In times like these, it is easy to question whether Shereen’s distant relative (Winston Churchill) was right when he said “Democracy is the worst form of government, except for all those other forms that have been tried from time to time.”

Given the ability of governments to impact economies, industries and consumers with their different policies, markets are always trying to anticipate what our politicians are doing.

A dog’s bark is worse than its bite

When governments change policies unexpectedly, or votes produce unexpected results, market reactions can be swift and harsh. Often, it’s the fear (or uncertainty) that can lead to markets pricing in a worse outcome than the actual outcome.

A couple of recent examples whereby politics had a significant impact on markets and individual companies include:

1.The FTSE100 rollercoaster in the lead up and wake of the Brexit vote (note markets are now higher than before the vote on the 24th of June):

2.The remuneration packaging company McMillan Shakespeare Ltd (MMS.AX) whose shares crashed in 2013 when the Rudd government surprised everyone with their crackdown on the FBT treatment of leases on cars used predominantly for private use. This one actually did cause damage to the company. 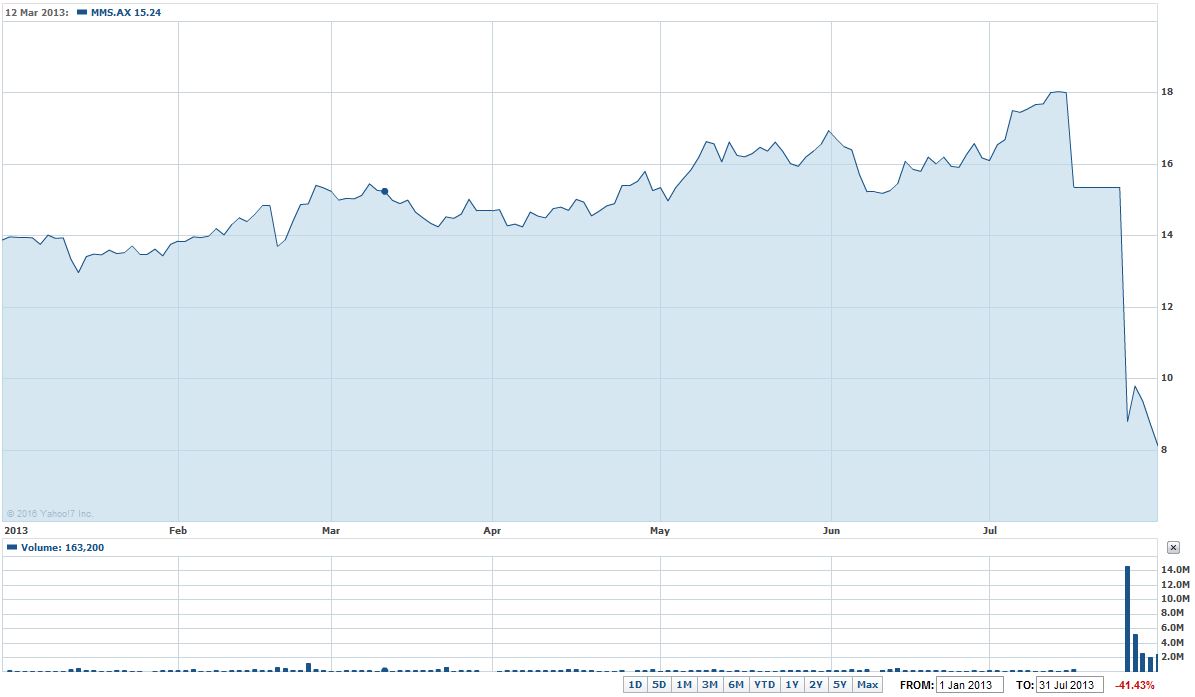 Markets had fairly confidently assumed a coalition victory prior to the weekend…so what now?

The ASX has opened this morning down 0.5% but has since bounced (which is better than feared).

As the vote count belatedly restarts tomorrow and as the final votes trickle in over the week, it’s likely we’ll see more volatility and the sharemarket may end up falling as much as 5% in the short term (particularly since such a close outcome was not factored into markets.

I have seen some forecasts that a Labour victory (still seen as unlikely) would see:

The potential positive of a hung parliament is that some of the negative surprises to super in the recent budget might not pass into legislation.

Looking back to 2010 (our most recent hung parliament), our market fell 2.5% over the first 3 trading days post the election (and had fallen 3.5% in the weeks leading up to the election as the polls were close). Our dollar lost 3% before the election and 1% after. However, both the dollar and ASX regained all of their losses within a few weeks of the election and before the new government was actually formed.

Although past performance is often not a reliable indicator of future performance, recent history suggests the 2016 election result should not result in long term damage however we will continue to monitor the outcomes closely.