Transition to retirement planning at a financial crossroads 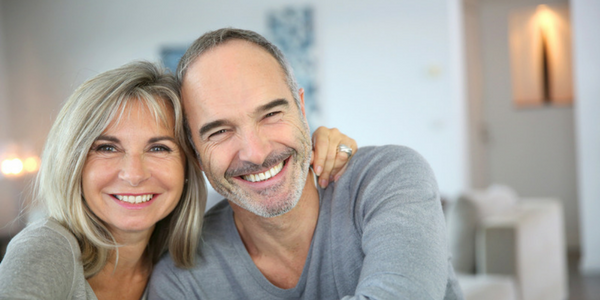 ‘There are certain points in life when you come to a crossroads,’ says Elizabeth Hutchings, recalling how she and her husband David decided to seek financial planning advice for the transition to retirement.

In their case, the crossroads arrived when David realised that, after more than 20 years, the time was coming to sell his logistics business but he wasn’t ready to retire. While they had always ploughed money from the business into their mortgage and ‘had a good handle on it,’ they were unsure that the retirement strategy they’d always had in mind was still the right one. And before they retired, Elizabeth wanted David to have the freedom to choose what he wanted to do next.

Focused on real estate
‘We’d always made money on real estate,’ Elizabeth says. ‘Before seeing a financial planner, we had planned to buy the place we’d like to retire in – a unit by the beach – via a self-managed super fund, then rent it out while we sold our home, and bought and upgraded another one to live in.’

But when they started thinking about their age – David is 52, and Elizabeth a few years younger – they realised that the financial pressures of selling one house and renovating another could prove too much. And even though our house is worth about $2.5 million, the stamp duty on a new house is ridiculous.

‘We were also aware of potential changes to negative gearing’.

Health an issue
The other trigger for the couple to seek financial advice was Elizabeth’s health.

‘Four years ago I was very ill with cancer,’ she explains. ‘Because of that, no one will insure me.’

It was time for expert advice on how to maximise their insurance position, given their circumstances.

Looking at the big financial picture
After having their heads down for years, building their business, raising their two teenage sons, and surviving Elizabeth’s cancer diagnosis and treatment, the time had come to step back and consider the big picture. How each element – superannuation, insurance, retirement – contributed one part to a larger picture of their financial future.

‘I was really worried that they were going to say to us, oh you have to tighten the purse strings, you can’t go out for dinner or take holidays.

‘But we don’t have to. They can help us achieve our goals with clever strategies. It’s a real reassurance.’

Diversification is the key
Elizabeth and David didn’t have enough money in super, and were thinking of buying property through a self-managed super fund. But Nick Lloyd, Principal of ITL Financial Planning, could see that the couple didn’t have enough liquidity.

‘You can’t sell off one room of an investment house,’ Nick says. ‘In this case, Elizabeth and David needed their assets to be more liquid so they could access money if and when they need to.’

Having filled out a questionnaire assessing the couple’s tolerance for risk, financial goals and time frame for investment, Nick and his business partner Shereen Churchill were able to recommend Elizabeth and David rollover their super into a super fund that provides greater choice of assets and greater transparency over what they were invested in. Because Elizabeth and David had a longer time frame to invest their super, they were willing to take on more risk with their super in search of a higher return. They also invested some money from the business into a separate investment account. Because there was a need for this money in the short term, they chose to take on less risk.

Statement of advice
Elizabeth was ‘blown away’ when she saw Nick and Shereen’s statement of advice. ‘It was nearly 60 pages long,’ she recalls. ‘The amount of thought and work that went into it was extraordinary. We had worried we weren’t as wealthy as some of their other clients, but we could see that they treated us the same as they would have for a client with ten times our assets.’

Insurance solution
David already had income-protection insurance through the business, but the couple thought insuring Elizabeth, given her previous condition, would prove impossible. So they were amazed to learn that Nick and Shereen had found a way to maintain Elizabeth’s eligibility for a policy she didn’t even know she had.

‘Basically Nick and Shereen found a way to secure our future,’ Elizabeth said.

Financial planners sometimes get a bad rap for chasing commissions for their own sake, but after analysing David’s income-protection insurance policy, they recommended he stay with his current provider but take out a new policy with a higher sum insured, improved definitions but also a significant reduction in premium.

‘They have a real understanding of the need for insurance, but also how each policy works from the point of view of a small business owner,’ Elizabeth said.

Acting quickly for an immediate tax saving
After Elizabeth and David signed the statement of advice, Nick and Shereen implemented their recommendations immediately, putting Elizabeth and David’s money into super before 30 June when the rules changed.

‘Between the time we signed the statement of advice, and the end of the financial year, they had saved us $16,000.’

Health and happiness
Now that they’re on a secure financial footing, and to celebrate Elizabeth’s health, the family is planning a white Christmas in New York this year. 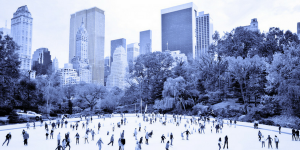 ‘Nick and Shereen are very genuine,’ Elizabeth says. ‘We never felt pressured. When it’s your own money, it’s hard to see the big picture, but that’s what a good financial planner does for you.’